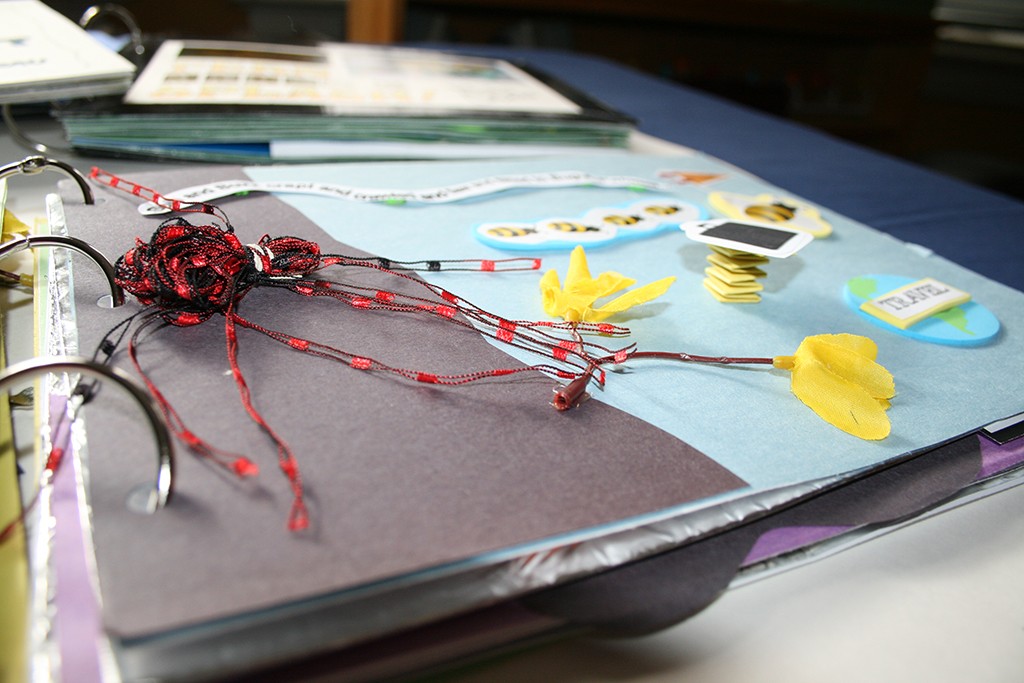 Karin and Anita bring Scraphic Novels to schools and other creative venues as a multi-day workshop series. Students are guided through a series of creative writing and visual arts/crafting workshops that build progressively upon one another. As students work toward completing their very own original Scraphic Novel, they will be developing skills in a variety of areas such as: making a plan and setting goals; understanding story structure; writing with vivid language to bring stories to life; creating visuals with artistic intention; layout and design, and more.

Visit the official Scraphic Novels website to learn more or to make a booking today!

Karin Adams is the author of five novels for middle grade readers, including the Hackmatack and Diamond Willow nominated Frostbite Hotel, and the super cool, hybrid novel/comic book Mermaid Warrior Squad – with more on the way. She is a popular creative writing instructor with the Manitoba Arts Council’s Artists in the Schools program and has offered numerous workshops through the Winnipeg Public Library.

Anita Lebeau is an animator, writer and director with several award-winning films, including the animated shorts Louise (2004) and Big Drive (2010) for the NFB. She also created original shorts for Sesame Street and Sesame Park. Anita has led a number of animation workshops for children and teaches Stop Motion Animation and Digital Animation at the University of Manitoba.